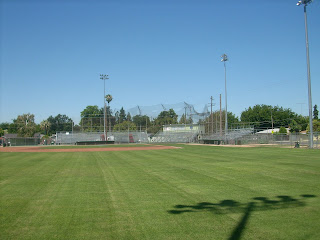 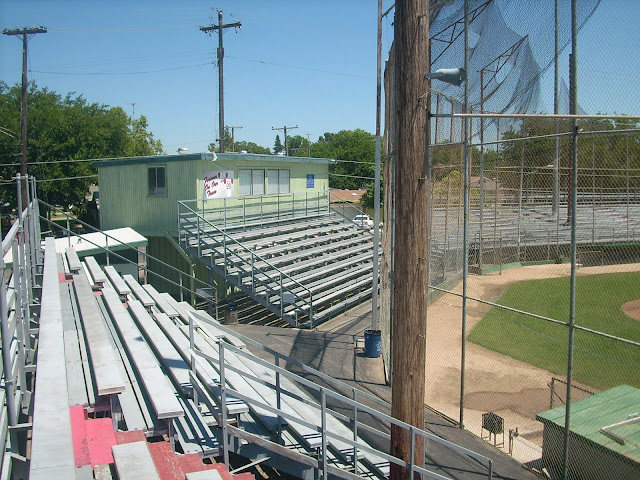 From the Davis Enterprise:

For years, baseball was played at old, 400-seat Beamer Park, but when the site was condemned in the late 1920s so Beamer School could be constructed, baseball was briefly in limbo.
Charles Clark, who was the president of the Sacramento Valley League, saw an opportunity, bought land off Beamer Street and worked with Motroni Construction to build a 1,400-seat, covered ballpark that became known as Clark Field.
Clark gained entry to the SVL with his club, known as the Woodland Oaks.
Opening day was April 27, 1930. 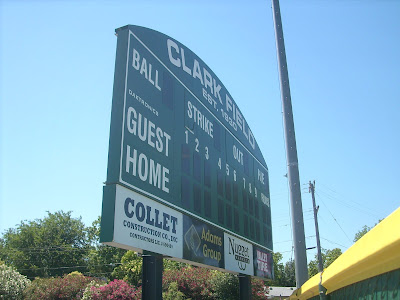 Wording on the scoreboard indicates that the field was established in 1930. There was no plaque to indicate this or when the stands were built, but I'm assuming that most of the existing structure is from the 30's. 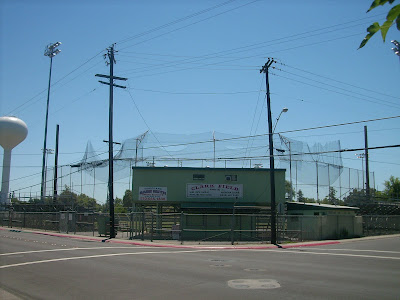 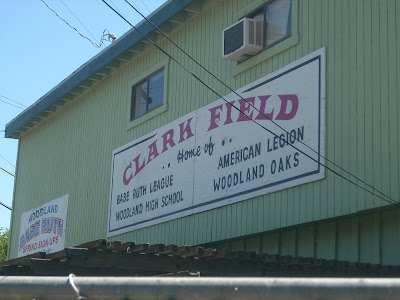 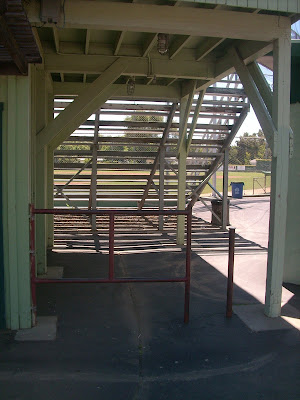 Turnstyles are now gone but metal posts and a gate still mark the entrance to the stands. 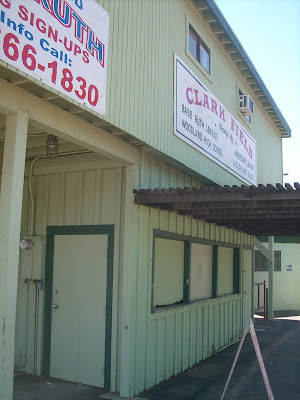 Snack shack is below the press box and faces the entrance to the park. 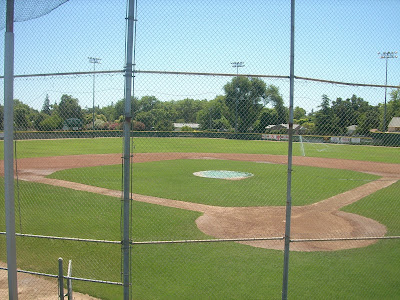 The Clark Stadium Restoration Committee is currently through Phase I of a restoration project. New infield grass and outfield fences, a sprinkler system, a new scoreboard, and some cosmetic touches are now complete. 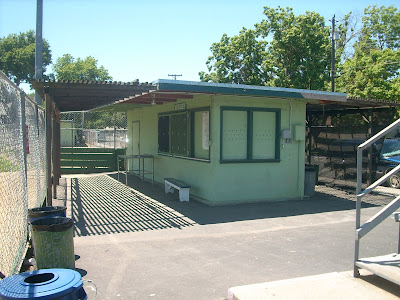 New flagpoles, and storage and coaches’ meeting facilities are being rehabilitated as subsequent Phases get funding. 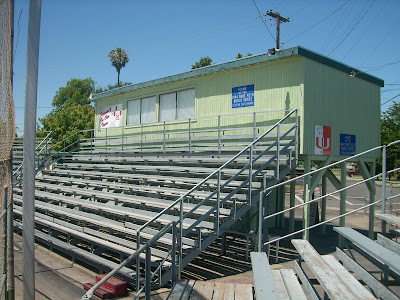 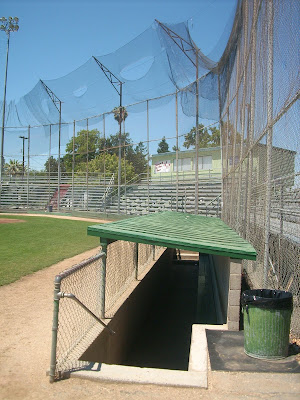 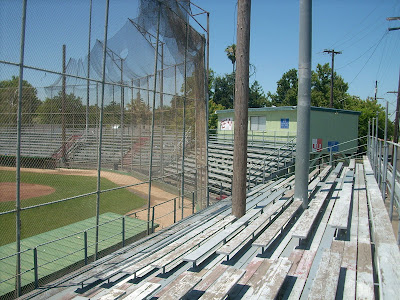 New bleachers and the backstop are on the agenda. Restored snack and press facilities also are being planned. 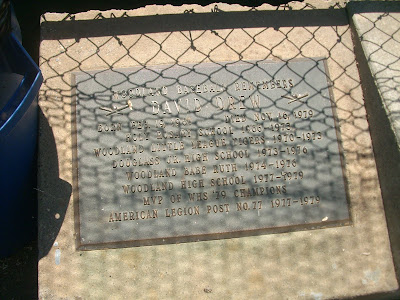 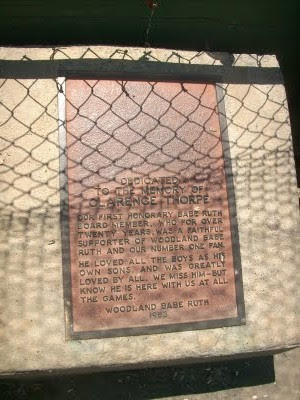 Another plaque placed in 1983 behind home plate honors the memory of Clarence Thorpe a Woodland Babe Ruth League supporter and Board Member. 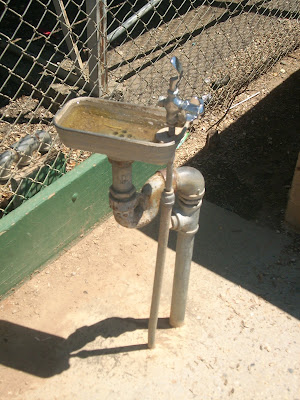 I guess that this 80 year-old water fountain serves it's purpose if the snack shack is ever closed. 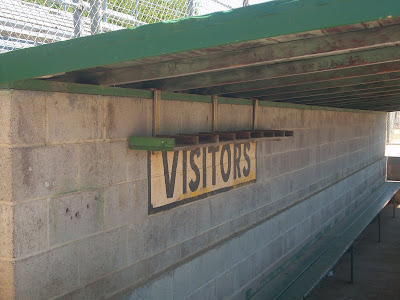 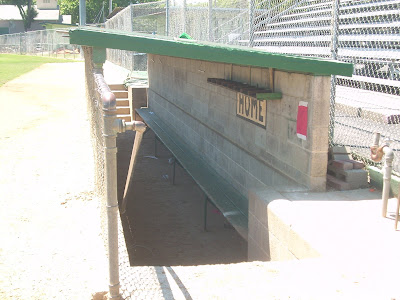 Dugouts are below-ground with side entrances. The fronts are protected by chain-link fence but the home plate side could still take a screamer coming in. 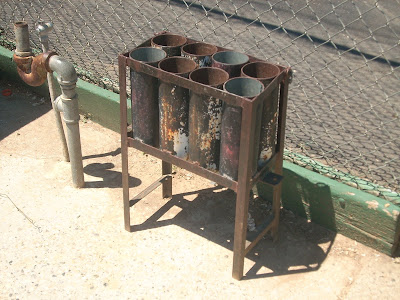 Bat stand serves as a rocket launcher as well. 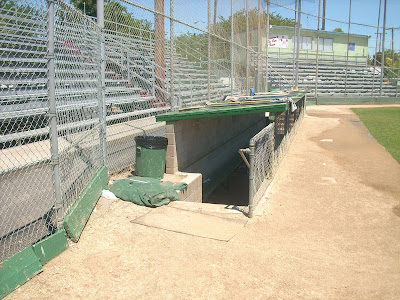 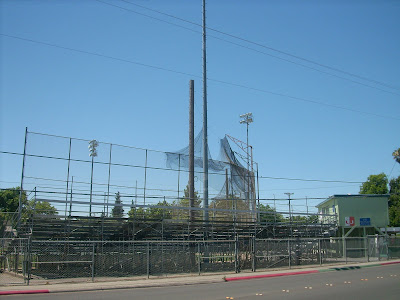 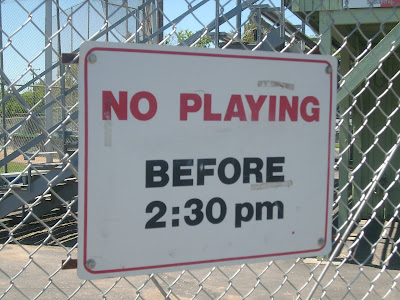 I wonder what prompted this limitation.
Posted by The Angels In Order at 8:09 PM

The Angels In Order
I grew up near Anaheim Stadium and started going to Angels games in the early seventies. I'm always willing to trade for Angels cards.